A few posts back, I offered a tantalizingly brief preview of Jeremiah Goldson's interior art for Rogue Agent Zed. If your reactions were similar to mine, I suspect you were blown away by what you saw -- but also a little bit frustrated that there were only two panels to look at. Well, after a recent burst of discussions by the members of the creative team, I'm here to try and correct that imbalance.

And so, without further delay, please enjoy a selection of sequential artwork from the original Hypersmash project, Rogue Agent Zed. (And let me strongly encourage you to click on the images to enlarge them.) 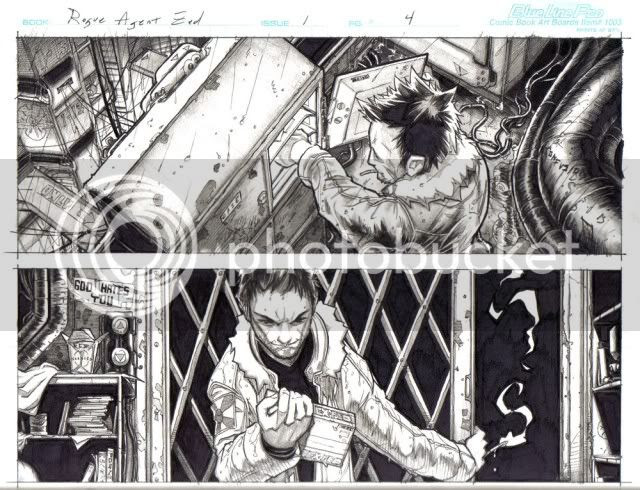 I know I've said it over and over again, but Jeremiah's attention to backgrounds and details is really stunning. I love the grit and the texture in the panels above. 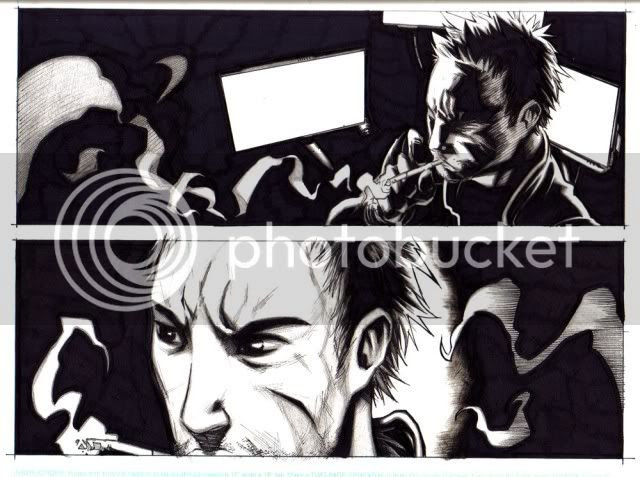 There's also a very deft display of cinematic lighting. The use of high contrast shadows creates a wonderful sense of mood and drama. 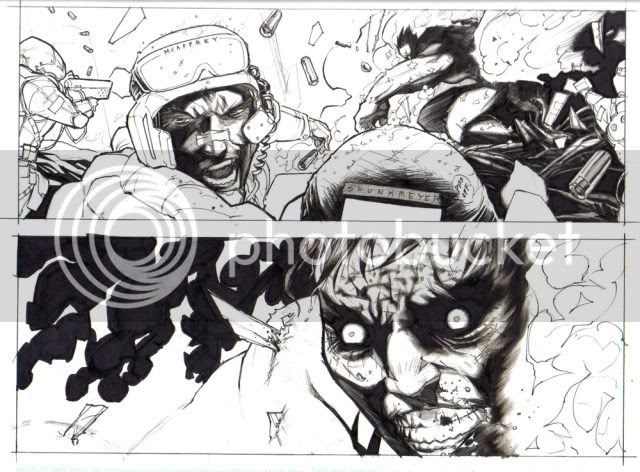 Jeremiah is not restricted to drawing slow, contemplative scenes of people standing around. He can also crank up the volume when the story calls for some action! (For example, a futuristic military unit unleashing their full complement of hi-tech weapons.)

Whether it's smoke drifting lazily from a cigarette, a fire blazing unchecked in the background, or raindrops splattering a car window, everything Jeremiah draws looks convincing and pretty damn cool. 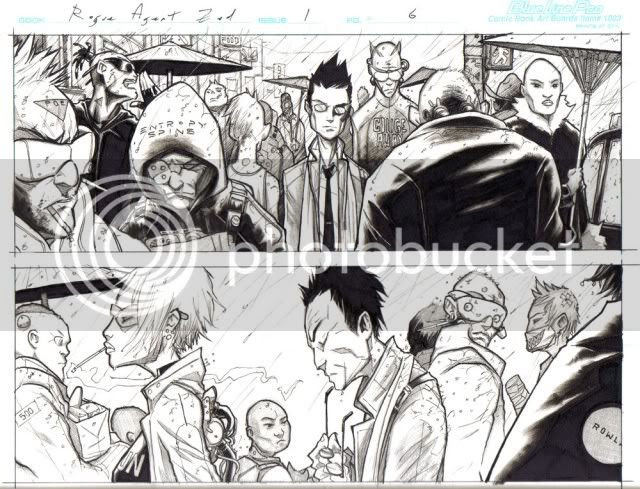 The script basically asked for a random crowd scene without much direction on my part, and Jeremiah took the premise and ran with it. He really upped the ante, as every character depicted in the panels above has a distinctive look and is positively brimming with personality.

Looking at a comic drawn by Jeremiah Goldson is a rich visual experience that rewards attentive reading. As the writer and publisher of Rogue Agent Zed, I have to say that everything I've seen looks great so far and I can't wait to see what he's going to come up with next.
Posted by Hypersmash Studios at 1:03 AM

I've said it before - I'll say it again - this makes me want to stop drawing, close up shop, and move on with macrame or something... this is so freaking good... like, crazy good.

Yikes. Shames me as an artist... so, I think I'll go to bed. Sleep. Maybe I'll sleep on printouts of these pages. Could I absorb some talent that way?

Looking forward to this book... looks fantastic! People will no doubt be RAVING about it...